Home and Journey around the Globe 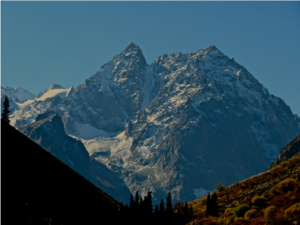 On the Idea of the Colloquium

The first record of a conjoined usage of philos and sophia is in Herodotus’ Histories from 5th century BC. Herodotus uses the verb philosophein (φιλοσοφέων) broadly in the sense of desire to find out and links it to ‘‘traveling much of the world for the sake of seeing it’’ (I, 30). In a similar vein, the latter Heidegger relates way (Weg) and waying (wëgen, Bewëgung) to language and thinking, as well as to the Tao of Laozi. Heidegger has also designated the fundamental motivation for any thinking and philosophizing with terms like uncanny (Unheimlichkeit) and homelessness (Heimatlosigkeit), and he has likewise discussed its ends in terms of home (Heim) and homecoming (Heimkehr).

In this sense, philosophy can be seen as a journey around the globe, which is at once also homecoming. In this homecoming journey, philosophy takes the form of a conversation, much like the one described by Herodotus between Solon and Croesus at Sardis on the meaning of happiness, or like the one of exchange of differences of significance on the level of culture. Thus, understanding philosophy as conversation means embracing differences of opinions that come from all levels of society and culture to contribute to productive debates, insightful reflections, and practical solutions.

This conference will likely be the first of its kind in Central Asia in the following sense: many of the presenters will be philosophers and scholars in related disciplines from Europe, America, Asia, and Central Asia, whose work in some way directly bears on questions that fall within the scope of the “humanities and social sciences” broadly conceived. The aim of the conference is to bring together an international group of scholars and other representatives of culture to participate in a “global conversation” on topics that explore cross-cultural and cross-disciplinary questions with philosophical import. In this sense, the topics of interest to the colloquium can be related but not limited to,

*Target Audience: Philosophers and academics from related disciplines (e.g. humanities, literature, art, journalism), as well as artists, with an interest in cross-cultural and cross-disciplinary dialogue and research.

* An optional cultural program and conference dinner will be organized.

* Kyrgyzstan has a visa free regime for citizens of 60 countries, and many others could obtain visas at Manas International Airport in Bishkek or online. More information is available at http://evisa.e-gov.kg/get_information.php?lng=en

* For inquiries about travel to Bishkek, please contact Jon Mahoney at jmahoney@ksu.edu

We invite abstract-proposals preferably within 300 words at global.conversations.ph@gmail.com by March 1, 2019 (with early submission encouraged).